Our partners @HZeeland and @Water_Insight have set a weekly phytoplankton bloom report that will provide info on phytoplankton conditions to shellfish farmers in the Netherlands.

Water insight (for the EO data) and Hogeschool Zeeland (for the algal expertise) are offering this phytoplankton report under the H2020 project CoastObs by providing chlorophyll maps, derived from Sentinel 3 (300m resolution).

In the images from mid-April that were accompanied by some sampling, it was noted that the algae appearing were Phaeocystis, a widespread marine phytoplankton that can function at a wide range of temperatures (eurythermal) and salinities (euryhaline).

Phaeocystis appearing in high concentrations can be harmful to shellfish. When the bloom dies off it is followed by sedimentation and anoxia, potentially leading to the suffocation of shellfish on bottom plots.

In the images it is possible to see that a bloom was coming, which included indeed Phaeocystis (but also a lot of diatoms) which sometimes also entered the Oosterschede area with the shellfish fields. Now the bloom seems to be declining. 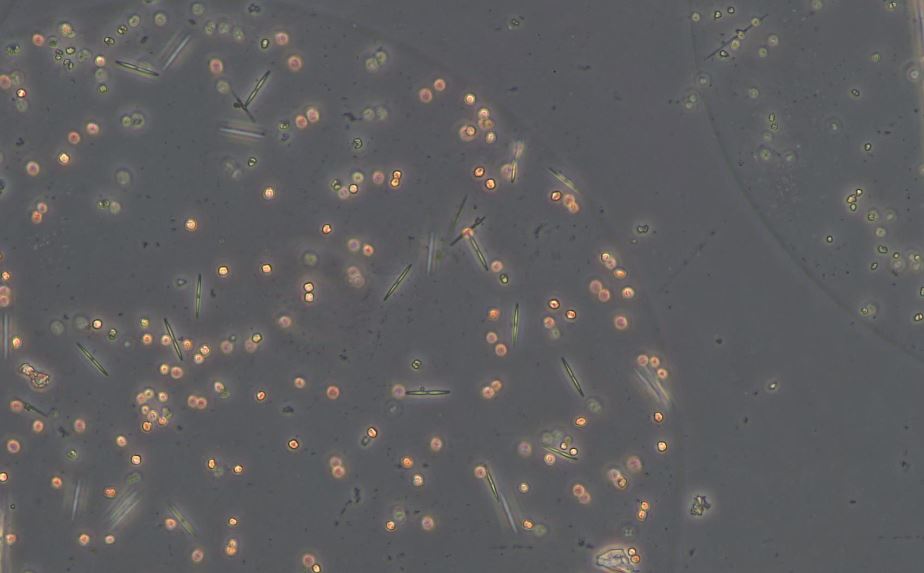 In the GIF below which covers the period March 21st-April 8th, due to the sunny weather, a large algal bloom developed in the Voordelta as can be seen in the movie. Green depicts high concentrations, blue low concentrations. Sometimes we can see high concentrations entering the Oosterscheldt estuary in the direction of the shellfish plots (the rectangles in the GIF). The majority of the algae are diatoms at the moment, perfect food for all shellfish. 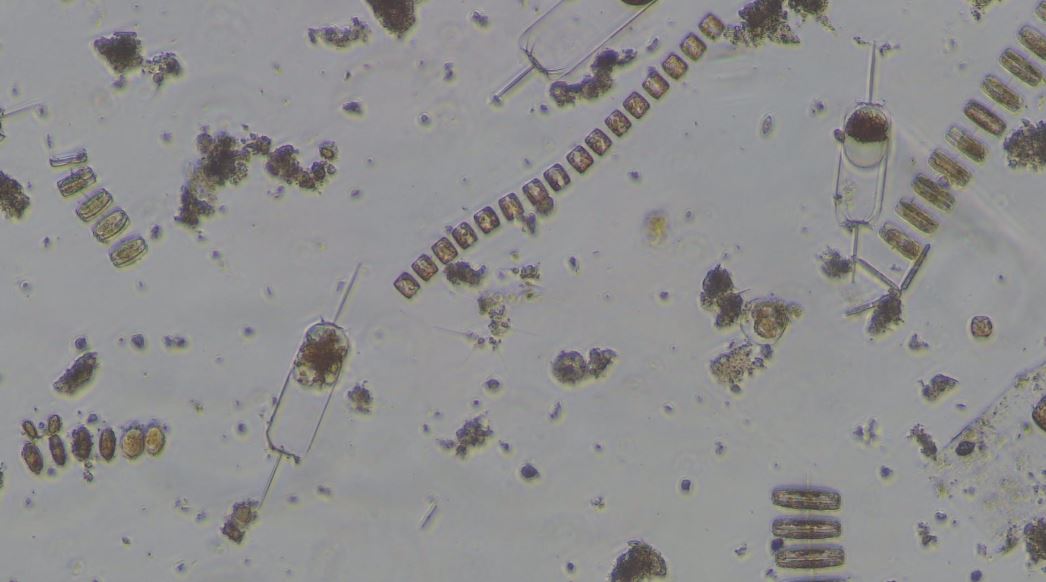 This information about possible HABs in the Voordelta and the Oosterscheldt in a short overview will be offered weekly until the beginning of summer by the CoastObs project.